Licence to Practise…And Be Sued

Here’s some sobering news for doctors and those who aspire to be one. If you are a neurosurgeon or a heart surgeon, you’re going to face a malpractice claim at least once by the time you reach 65. Coming from the New England Journal of Medicine study published recently, even if you’re a doctor in a low-risk speciality eg  GP or skin specialist, the chances of being taken to court by age 65 is still high, at 75%.

I’m not surprised at all..what with more well-informed patients, an egalitarian society, litigation-conscious families and the ever-present doubt on the quality of medical education..one can only expect malpractice claims to rise.

Medical students in particular should take note of this trend. Medical schools need to also address this issue in their curriculum. As it is well-known that, even after an untoward event, whether the patient decides to sue is largely dependent on effective doctor-patient communication – medical schools would do well to introduce communication skill as an integral part of a medical course.

A good doctor is more than just being adept at diagnosing and treating diseases – they have to be skilled at managing information and communicating with their patients.

..that’s the message, as far as patients go, that is. The British Medical Association (BMA) has issued a clear warning to doctors:  they should not accept Facebook requests from patients. 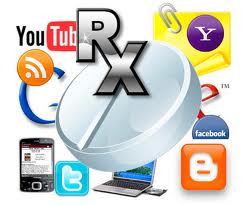 The BMA says social networking and patients do not gel

In today’s world of social networking, many doctors, nurses and medical students use social media – including Facebook, Twitter and blogs – with no problems. But  the BMA recommends they adopt conservative privacy settings and declare any conflicts of interest when they post online. This is especially so when they invite patients as friends. The dangers of breaching confidentiality, damaging their professionalism and risking the doctor-patient relationship are too great, BMA says.

I do feel there is substance in this warning. All too often, its too easy discussing personal medical details with an online friend, not realising that, even with privacy settings on, such details may be accessible to others. 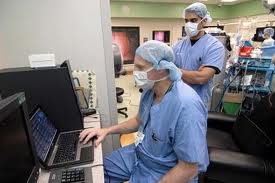 Even with Facebook accounts set up between only doctors, many have been disclosing sensitive medical information – and even mocking patients – on Facebook.  The NSW Medical Board in Australia has cautioned one doctor for making “flippant and derogatory” comments, and warned others to “think twice” before disclosing patient details on social networking sites.The NSW president of the Australian Medical Association was astonished that doctors posted patient information on Facebook.

Maybe its time that medical students be lectured on the inappropriate use of social media..