US Healthcare Gets Sicker

There are many reasons to push through President Obama’s health reforms urgently despite the rhetoric – escalating health costs, 80 million uninsured Americans, inefficient delivery systems, to name a few. But there’s one question that needs to be addressed for which the answer is  practically unanimous.

Are Americans dying too soon? The answer is a resounding YES.

When it comes to “preventable deaths” –  illnesses and injuries that should not kill at an early age with access to timely and effective health care – the United States ranks last among 19 industrialised nations, according to the Commonwealth Fund.

Well, the study may be a few years old, but the fact remains that not much has changed since and the belief is that the US continues to lose ground. And what are the diseases Americans most likely to die from that can be prevented? Gun-shot injuries and motor vehicle accidents top the list but chronic diseases like diabetes, stroke and epilepsy are bigger drivers of healthcare costs.

Many will defend US healthcare as one of the finest in the world. True, to a certain extent. When its good, its really good. But when its bad, it can be really terrible. The OECD (Organisation for Economic Cooperation and Development) describes the performance of the U.S. system as a mix, at best.

It ought to be noted that diseases like  complicated cancers, AIDS and most heart diseases, while often treatable, are not considered preventable, because even with the best of modern medicine, patients often die before old age. 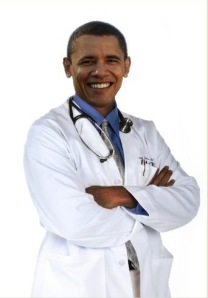 Can he cure the ailing healthcare system?

As the health reform debate rages on as to the best methodology to resuscitate, rehabilitate and enhance healthcare delivery in the US, thousands will continue to die from preventable causes. Many are asking whether the President will have the panacea for the ailing system.

Australia's struggle with the Battle of the Bulge..supersized ambulances

As a sign of the prevalence of obese people, special ambulances have been designed to transport them in times of an emergency. Transporting extremely heavy people costs about 2 1/2 times as much as normal-weight patients. It takes more time to move them and requires three to four times more crew members.

Several communities in the US have now began to charge up to double the rates for transporting the obese. Read more.

The news that the Obama administration will not seek to arrest marijuana users and suppliers as long as they conform to US state laws on its use for medical purposes must have raised quite a number of eyebrows(see here). In the first place, not many are aware that pot is legal, within restrictions, that is. Secondly, the new policy is a significant departure from the Bush administration, which had insisted it would continue to enforce federal anti-pot laws regardless of state codes.

Patients wait for assistance at a marijuana dispensary,Oakland,Ca. There are more dispensaries in Los Angeles than Starbuck or McDonalds outlets!

Currently, 14 states in the US allow the use of marijuana for medical purposes: Alaska, California, Colorado, Hawaii, Maine, Maryland, Michigan, Montana, Nevada, New Mexico, Oregon, Rhode Island, Vermont and Washington. If Obama has his way, Federal anti-narcotic agents cannot prosecute outlets selling large amounts of marijuana as long as it is for medical use.

Irvin Rosenfeld, who suffers from painful bone disease, gets his legal pot from the US government

In the US, 4 citizens actually obtain their marijuana from the federal government, with FDA approval. One of them takes it to relieve chronic pain and muscle spasms caused by a rare bone disease, invariably fatal, called multiple congenital cartilaginous exostosis.(see pic)

Typically, the medical use of marijuana is for patients with:

-“drug sickness'”, as an anti-nausea and anti-vomiting agent (for those, say, undergoing chemotherapy);

-poor appetite, as an appetite stimulant for those with wasting diseases like AIDS and cancer.

Marijuana, whose botanical name is cannabis, has been used medicinally — and as an intoxicant, of course — for thousands of years in Eastern culture. In Western medicine, several well-known pharmaceutical companies, including Eli Lilly , sold cannabis in powdered or tincture forms in the early 20th century as a painkiller, antispasmodic, sedative, and “exhilarant.” Since then, its use declined because more effective drugs became available.

The question now is that, with medical marijuana being legalised, what constitutes medical use? The potential of abuse is apparent – just look at California, where doctors are authorizing patients to take marijuana to relieve such minor ailments as anxiety, headache, premenstrual syndrome, and trouble sleeping. There are about 700 medical marijuana dispensaries now operating in California openly distributing the drug :- narcotics trafficking done legally!

Spotted in Skymall catalogue:  this little wonder, small enough to fit into a briefcase, is battery-operated. Just add water and its ergonomic shape gives you the reach required for a thorough and comfortable cleansing. Useful for frequent travelers who want to maintain personal hygiene.

The Case for Celebrity Crackdowns

Noticed lately the diminishing number of celebrities endorsing health products, anti-aging remedies and cosmetics? The first inkling is to blame it on the recession and the lack of sponsorship funding, but there is more to it than that.. 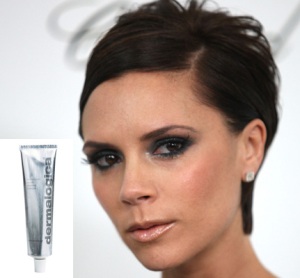 Celebrities like Victoria Beckham will need to watch their step when endorsing beauty products, under new regulations

That’s because celebrities now face a crackdown with new rules on product endorsement. The US Federal Trade Commission last week released new regulations that say that anyone who endorses a product, whether celebrities or bloggers, must make explicit the compensation received from companies. Not only that, celebrities who endorse their services will be liable for any untruthful statements made about products as part of a crackdown by US regulators on a wide range of deceptive marketing practices.

These regulations are aimed more specifically at the  new social media advertising, aka blogs,twitters and the like. This will mean that if a blogger receives a free sample of skin cream and untruthfully claims it cures eczema, for example, the company and the blogger could be sued for false advertising.

These steps address widespread concerns that with the new media, untruthful and exaggerated claims have been made on products, capitalising on the lag in appropriate regulations to cover the new social media platforms .

Not all the undoing can be blamed on the new media. The celebrities sometimes commit a faux pas – ask Sharon Stone. 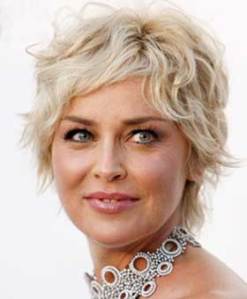 Sharon Stone - dropped by Christian Dior's China marketing after she blamed the devastating earthquake there on the "bad karma" that comes from the country's human rights record in Tibet.

Personally, I feel the area where regulators will be quite busy with will be in anti-aging treatment. From Dr Murad’s line of balms and creams to Cover Girl’s Simply Ageless line, there has been a surfeit of celebrities willing to endorse them. Now they will have to be accountable if someone claims that the treatment does not make them look like a celebrity!

A novel method to make people use the stairs, have fun and exercise at the same time.

For Quality of Life, Go To Norway or Australia

The Oslo Opera House - in Norway, the country with the best quality of life, according to the UN

Another downside – while the report was labeled 2009, it was really based on data collected for 2007. Therefore, it does not take into account the economic crisis which befell most of the world in 2008 and 2009. Even so, I feel Australia is one of the few countries which will not fall in the rankings, considering it never fell into economic recession, according to official trade data.

Here are some selected rankings:

(You can obtain the complete rankings here)

Winner of a competition organised in Sep 2009 by the United States Department of Health and Human Services to alert the importance of washing hands during the current flu epidemic.