Its that time of the year again, so here’s my list of the healthcare stories that made the headlines in 2009.

1. The Swine Flu Epidemic- what started off as an outbreak of Swine Flu in Mexico in April was quickly metamorphosised by the WHO to AH1N1 infection and upgraded to a pandemic by administrative redefinitions. We may never know how serious this could have been, despite the reported 22,000 or so deaths, because of the intensive preventive measures, greater awareness and borderless cooperation.

2. Health Reforms- sure, this was about the United States, but the global impact was tremendous because the US is the world’s largest economy and many nations were watching to see what impact the reforms would have on them as well as, possibly, how they would tackle the problem themselves, in the face of rising costs of healthcare.

3. Drug Misuse & Celebrity Deaths- the deaths of Michael Jackson (see my blog posting ) and Brittany Murphy (see here) due to the untoward effects of prescription drugs highlighted the effects of drug interactions, especially with prescriptions obtained from multiple sources. After Anna Nicole-Smith in 2007 and Heath Ledger in 2008, is enough being done?

4. Mammograms & Breast Cancer- this diagnostic tool for early detection of breast cancer took a hit in the chest (pardon the pun) when the American Cancer Society released data that women in their 40’s do not require routine annual mammograms, going against the established ‘standard’ practice of many years.Read here.

5. Acetaminophen(Panadol,Tylenol) Trouble- what was considered a safe household pill available over-the-counter came under FDA restriction in its use with the reduction of its recommended dosage in view of liver problems. Read my posting here.

6. Good & Bad Body Fat- the discovery that ‘brown fat’ found in babies (needed to keep them warm) and found in minute amounts in adults was able to make adults lose up to 9 pounds yearly( if this fat was activated) without diet or exercise, has led to a research race to come up with a commercially viable product.See here.

7. Octuplet Mum- was it a breach of ethics by the obstetrician to allow a single unemployed 33year old mother of six to have eight babies by artificial fertility techniques?You decide..(read more here)

I’m leaving the last 2 slots vacant because, in my book, there hasn’t been that many significant stories in 2009 – unless somebody can prove me wrong!

Of Tennis, Line-Judges and Injuries

Watching the ball..line-judge in action at the 2009 Wimbleton (courtesy The Times)

Spare a thought for these guys. Apart from being chastised and having the crowd howling in your back for a wrong decision, one can sometimes even have a racket threateningly waved in your direction with expletives included, as one unfortunate line-judge discovered when she called against Serena Williams at the US Open in September.

That aside, when a 150mph ball is hurtling towards you, thats like a car heading at twice the speed-limit at you. Surprisingly, there has not been much reports of injuries..hence no neccessity for face-masks and the like.

Eye injury seems to head the list, although there was a report about a groin injury (OUCH!) with subsequent blockage of the  femoral artery nearby. The only reported death was during a Stefan Edberg vs John McEnroe game in 1983 when Edberg struck the groin of the line-umpire while sitting, causing him to topple over, leading to a head injury from which he subsequently died from..

When the news broke Dec 20 that a previously-healthy 32 year-old actress collapsed in the bathroom apparently of “a heart attack”, quite a few observers (me included) immediately targeted prescription drugs as a cause for her death.

Brittany Murphy, in June 2009, compared with an earlier pic below, gave vent to rumors she was suffering from anorexia 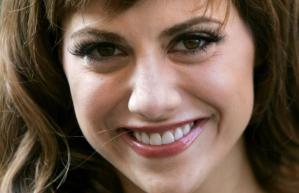 I had earlier posted an article here explaining the common denominator between celebrities like Anna Nicole-Smith, Heath Ledger and Michael Jackson. All three had succumbed to untoward drug interactions where many prescription drugs with similar actions are taken concurrently. The thing to note is that there need not  necessarily be an overdosage of any particular drug . Sometimes normal dosages, when taken at the same time, create a cascading effect and  cause these untoward effects aka drug interactions aka drug toxicity.

Why do such tragic consequences happen?

Heart Attack Burgers – Worth Dying For?

Situated somewhere in Arizona, USA is a burger restaurant with a difference. Owned by a Dr Jon (non AMA registered), it features several burgers on its prescription menu which are served by ‘nurses’. The specialty of the house is the Quadruple Bypass Burger, all 8,000 calories of it. By the way, that’s three times the daily calorie requirements of an adult male..

Called the Heart Attack Grill, ‘Dr’ Jon can be seen grilling the burgers,white coat and stethoscope included. He has attracted his share of controversy, from picketing 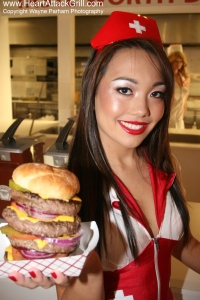 nurses to being called a ‘nutritional pornographer’. But he appears undeterred and has finished writing a book – The Heart Attack Grill Diet – where he promises to “eat,drink and smoke your way to better health”.

Cancelling Cancer – You Can!

If your doctor were to recommend a jab or a pill that will prevent you getting some cancers, would you? Its surprising, but not everyone would take it up!

The truth is that there are quite a few readily available and relatively inexpensive ways which have been proven to prevent some cancers.

Take for instance stomach cancer, the second most common cause of death among cancer-sufferers. It is now known that a cause of stomach cancer is a bug well-known for causing stomach and duodenal ulcers, called Helicobacter pylori (H pylori). Now, researchers have shown that if they were to eliminate this bacteria from those suffering from early stages of this cancer, they were able to effect a cure. Read more of this here. Eliminating H pylori from the stomach involves swallowing a 2-week course of antibiotics. 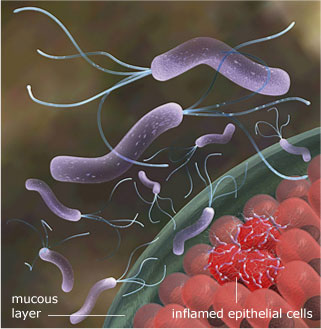 Primary liver cancer, the fifth most common cancer in the world, is a deadly cancer for which the outlook is bad as, by the time someone has symptoms, the cancer is far-advanced and has spread to other organs. Again, a bug – the hepatitis B virus-has been identified to be the cause in 50% of primary liver cancers aka hepatocellular carcinoma, aka hepatoma. To prevent the virus from entering your body, one needs to immunise oneself by receiving three jabs of the Hepatitis B vaccine.

The same goes for cancer of the cervix, which is almost always caused by the human papillomavirus(HPV).  By vaccinating young girls with Gardasil or Cervarix, they can avoid getting this cancer.

Latest research on prostate cancer seems to indicate that taking finasteride(Proscar) may prevent this cancer.

There are many other ways that specific cancers can be prevented, some of them anecdotal. Heard of the complementary herbal medicine, the Chinese mushroom, Lingzhi ? I met a cancer survivor last night who swears this herb provided the cure and not the treatment at Sloan-Kettering! As to whether daily consumption of this herb will actually prevents cancer..well,there’s no strong evidence at the moment, for sure. The role of foods too must not be dismissed. 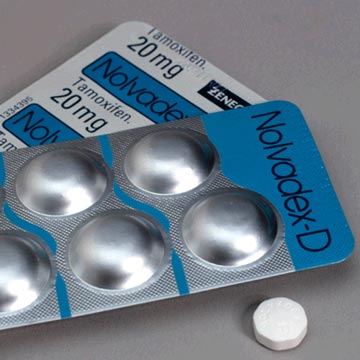 Tamoxifen - effective in preventing Breast Cancer in high-risk women, despite the side-effects

However, my attention was recently drawn to a news report about high-risk women who refused to take a pill a day known to be effective in preventing breast cancer. A woman is considered to be at high risk for breast cancer if she is over 40 and has a mother, sister or daughter with the disease, or has a history of atypical cells on a breast biopsy. A pill, tamoxifen, has been proven to be effective in preventing breast cancer in such women, but there are many who will not take it for fear of the side-effects (which are many but not as serious as actually getting the cancer).  See here.

In cases like this, human psychology is to be blamed – people are more concerned about losing a little bit than they are about gaining something more.

The Sleep of Death

Someone asked me if there was a difference between necrolepsy and narcolepsy. Well, quite a bit!

Necrolepsy is a disorder marked by sudden, uncontrollable death, causing an individual to die at inappropriate times. This used to be a term favored in the 18th and 19th century to account for all causes of sudden death; but as medical science advanced, many of these causes could be explained. Some examples of sudden death includes ventricular fibrillation (incessant super-rapid beating of the heart causing ineffective pumping action) and intracranial hemorrhage (bursting of the blood vessels in the brain). For all intents and purposes, the term necrolepsy is truly dead and gone nowadays..

Narcolepsy, on the other hand, is an interesting form of chronic sleep disturbance which manifests in several ways. Heard of friends who tell you they wake up after extended daytime sleeping but are unable to move their arms and legs for a few minutes despite maximal effort? Known in medical circles as sleep paralysis, this can be frightening to the sufferer (some panic and feel like death is imminent – the sleep of death)) but is rarely dangerous. Another rather common manifestation are those people who suddenly fall unconscious after a fit of laughter or anger (cataplexy). Again frightening, but rarely serious.

Graphic Art about Sleep Paralysis - unable to talk or move but fully alert.

A common symptom which many encounter is automatic behaviour, where the person continues to do everyday activity like talking and walking (some doctors consider sleepwalking a variation of this) while fast asleep! Frequently, they will wake up and have no recollection of what they did. Why, some have literally got away with murder – a case in point is Steven Steinberg, who in 1981, stabbed his wife to death while sleepwalking but was acquitted.

Another common symptom of narcolepsy is  vivid, often frightening, dreamlike experiences that occur while dozing, falling asleep and/or while awakening (hypnagogic hallucinations).

Frightening as they may seem, sufferers are not generally classified as having a life-threatening condition, and consequently research and treatment is relegated below others, like cancer and heart disease.

Ah..the soaring human spirit knows no limits. Time after time, upon the completion of a record-breaking skyscraper, the economic health of that country takes a fast spiral south. Its as if the higher a building reaches for the skies, the deeper the economic misfortunes are.

The Empire State Building, completed in 1931, marked the start of the Great Depression in the US.

The opening of London’s Canary Wharf Tower in 1991 coincided with the onset of the UK recession.

Malaysia’s Petronas Twin Towers was completed in 1998 which heralded the Asian economic crisis. 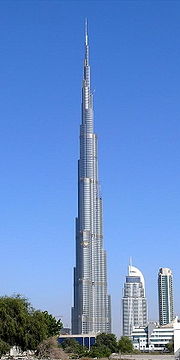 Burj Dubai - falling victim to the curse of recessions?

Now, the same fate appears to befall Dubai’s Burj Dubai. The world’s tallest skyscraper, 808 metres and 162 floors high, has had its opening postponed several times, the latest for the New Year, amid the financial turmoil currently enveloping Dubai.

Certainly, one useful indicator of when countries will slip into recession or economic downturn is the completion dates of major skyscrapers. City planners and building developers may like to take heed of this fact. Cynics say this pattern is no surprise, as projects are conceived when the economy is booming; by the time the planning and construction is completed, most countries are ready to welcome (yet again) the cycle of recession.

Taking a peep into the future, will the Shanghai Centre, the proposed tallest building in China due to be completed 2014, herald the onset of China’s recession? If that’s too far away, the APIIC Tower (100 storeys) in Hyderabad is due to be ready in 2010. Will this spell doom for India? Hold your breath for not too long..