Many people resort to sleeping pills to ensure a good night’s sleep. In fact, some doctors do prescribe it over the short-term. However, used over the long-term, many are aware of the danger of habituation or dependence on these pills..where patients become “addicted”to them.

Patients over the age of 65 who start taking benzodiazepines, also known as benzos, have a 50% increased chance of developing dementia within 15 years compared with people who had never used the drug. Dementia is a group of symptoms caused by gradual death of brain cells –  the loss of cognitive abilities that occurs with dementia leads to impairments in memory, reasoning, planning, and behavior. Memory loss usually is the first symptom noticed. It may begin with misplacing valuables such as a wallet or car keys, then progress to forgetting appointments and then to more substantive omissions such as forgetting where the car was parked or the route home. More profound losses follow, such as forgetting the names and faces of family members.

The study, which was released by the British Medical Journal yesterday (see here) highlights the importance of the judicious use of sleeping and anti-anxiety pills, particularly among the elderly. While the emphasis is on the older population, this should serve as a warning to the younger groups that loss of memory, although due to a myriad of causes, may be due to the abuse of sleeping pills. 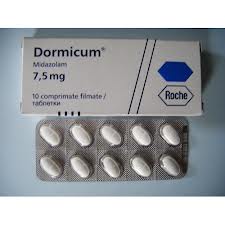 It has been reported that midazolam can cause temporary amnesia even when used on the short-term.