Diets come and go, like fashion it seems..but the diet that grabbed the headlines last year was the Dukan Diet, said to be the reason the Duchess of Cambridge, Kate Middleton, managed to shed those pounds to squeeze into her wedding dress for that royal do of the year.

It now transpires that the inventor of the diet, Dr Pierre Dukan,70, is to be hauled up by the French Ethics Council for breach of the medical ethics code.  In a book out in January, the star nutritionist proposes bumping up A-level equivalent pupils’ marks if they manage to maintain an acceptable Body Mass Index, a measure of body fat based on height and weight. The French College of Physicians has lodged a complaint against Dr Dukan because his remarks  could prove harmful for pupils already suffering from obesity or anorexia.

The good doctor’s intention is quite clear and should be lauded, what with the large proportion of obese children and the hazards it poses towards their health. he said: “There is nothing unhealthy about educating youngsters about nutrition.”

“My idea would change nothing for those who have no need to get thinner. But for those who do, it would only motivate them to lose weight.” 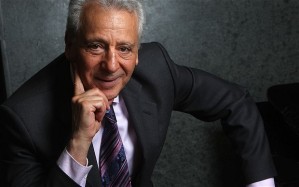 The Dukan Diet has been a rave favorite with celebrities worldwide – its followers include Jennifer Lopez and Victoria Beckham. But it has also drawn quite a bit of controversy. The British Dietetic Diet has branded it the ‘worst diet of 2011’, claiming that there was no scientific basis and that it was harmful to cut out food groups.

What the diet entails is nothing new essentially, it bears resemblance to the time-tested Atkins Diet which has been around for decades. It comprises of  a complicated four-stage approach based on eating lots of protein-rich meat and fish and cutting out carbohydrates : the “attack“, “cruise“, “consolidation” and “stabilisation” phases.

During “attack”, which lasts five to 10 days, participants are meant to eat nothing but lean meat, fish, eggs and low-fat dairy products – plus a tablespoon and a half of oatbran a day.

In “cruise” they are allowed some vegetables every other day, but no spuds. Their oatbran allowance goes up half a tablespoon. This can go on for months, until a dieter’s “true weight” has been achieved.

Those strong-willed enough to achieve that aim can then start eating some bread and fruit once more, a period known as “consolidation”.

Finally, participants reach “stabilisation”, when they can eat whatever type of food they like – apart from on Thursdays.(don’t ask me why, but you can eat anything you like on the other days, provided its on the list of the first two phases).