For those who think that they cannot get Swine Flu as long as they do not come into close contact with pigs, recent research has shown that this is not true for at least two reasons:  the virus responsible ( Influenza A H1N1) has been shown to adapt and change readily with the common flu viruses, so that transmission is possible from human to human. This was not the case with the Avian Flu outbreak in 2003 which started in China as the virus responsible (H5N1) was not able to change as readily, so the outbreak among humans fizzled out. See the Bloomberg report here. 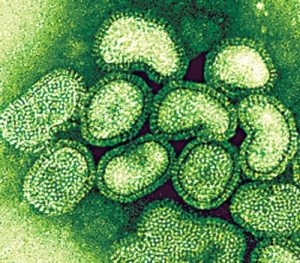 The Swine Flu Virus - just like Human Flu and Avian Flu, there are no specific antidotes

With the rapidness of air-travel and the fact that passengers are cooped up in an enclosed space for hours, its not surprising that the World Health Organisation (WHO) called the outbreak a “public health emergency of international concern” , with 81 Mexicans succumbing so far. Eleven cases in California, Kansas and Texas, all of them mild, have been connected as well, and at least eight students in New York are being tested for whether they match the Mexico strain, health officials said.

Here are some FAQs about Swine Flu (more details from the CDC website): 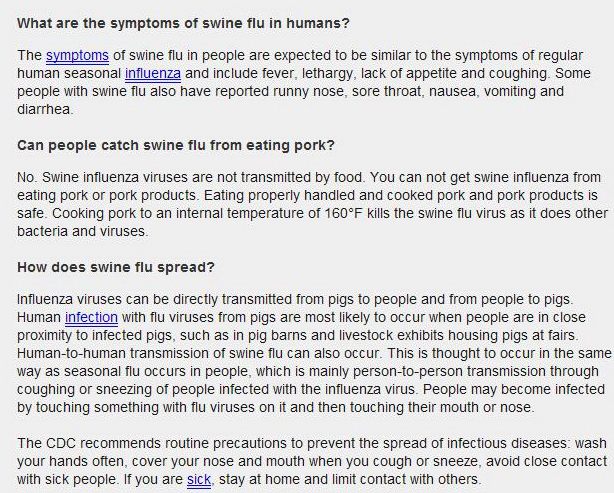 As there is no specific treatment for this potential epidemic, many countries have resorted to screening passengers who have just been to Mexico; but if this illness rapidly spreads across borders, we may very well see health screening procedures at major airports around the world (remember the SARS epidemic in 2003?).